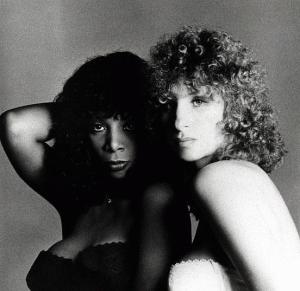 The day of Diana’s funeral, with my baby son in a pushchair, I walked through deserted streets to my local police station to enquire about marking up my newly acquired racing bike. The cops were crowded round a television and suggested that I might do the same thing. I walked home through the eerie quiet – and didn’t.

Since that week, an unbounded vicarious emotional reaction to individual successes and failures has become not just commonplace, but expected. Usually, I would “So what?” this away, with a nod to the heirs of Lynda Lee Potter wondering again if there can be an easier way to make a living than Glendaing. But The Olympics has brought this discourse into sport, previously a brutally meritocratic haven from the cheap manipulations of the likes of prime-time TV talent shows.

Granted, the pathos was always there to some extent – although the most obvious example (Bob Champion’s and Aldaniti’s Grand National success in 1981) was played as a sports story with an added human interest dimension – at least until the biopic. Extraordinary tales of sporting heroism: Bert Trauttmann’s Cup Final broken neck; Niki Lauda’s return from the last rites to contest the 1976 World Drivers Championship; Sir Steve Redgrave’s health issues – all were sports stories first and foremost. Consequently, they, and countless other sports stories, provoked a sports fan’s response – wonder, joy, admiration – but not lip wobbles, not Toy Story / ET style lumps in throats, not tears.

Prior to the Games, the BBC was milking the human interest angles for all they were worth. Tom Daley and Victoria Pendleton are fine athletes with charisma to burn, but that doesn’t mean that “their” documentaries couldn’t focus on a bereavement and the fallout from a workplace love affair – difficult, but hardly unique events in lives.

The films helped turn these athletes’ Games into something more like National Velvet than Olympia. On their own terms – engaging a wider audience than just sports fans, enhancing the “viewer experience”, building the athletes’ images – the approach taken in these two instances (and their may be more I missed) has been wildly successful, a key element in the “Greatest Games” narrative drowning out all countervailing views.

Two inevitable consequences flow from this paradigm shift in mainstream British sports broadcasting  – the roots of which lie in Sky’s hoovering up of live and exclusive   rights as much as in Dianaification bleeding through all public discourse.

The first is the expectation that sport must be sold through emotional backstories of overcoming individual challenges. Expect researchers to be out there now finding rags to riches tales; illnesses overcome and tragic relatives for FIFA World Cup 2014 and Olympics 2016. Sporting excellence – more than ever the result of arcane science and behind closed doors grind – will now never be deemed enough for the general (ie non-subscription channel paying) viewer again.

The second consequence is that the remarkably heroic, genuinely extraordinary backstory –  the standout of the outstanding – has its currency devalued. How many knew of Mo Farah’s bullying at school, his slow, slow rise through the ranks, his bold decision to go into purdah in order to train with the very best? And, amidst all the faux outrage about not singing anthems and tears, tears and more tears in victory and defeat, who heard his steel sharp response to the question about representing Somalia at London 2012? “Look mate. This is my country”.

Those six words – for all the greatness of other performances, the heroism of other competitors, the authenticity of other reactions – pierce the Hollywoodisation of sport and, like Mo’s response on the back straight when a second kick was required for double gold, shows that sport can still do what it always has done – savagely cut the crap. It’s how I like my sport, but I fear I shall soon be in as small a minority as I was the day I failed to be tearful at Diana’s funeral.

2 comments on “No more tears?”